Alister MacKenzie and I think alike 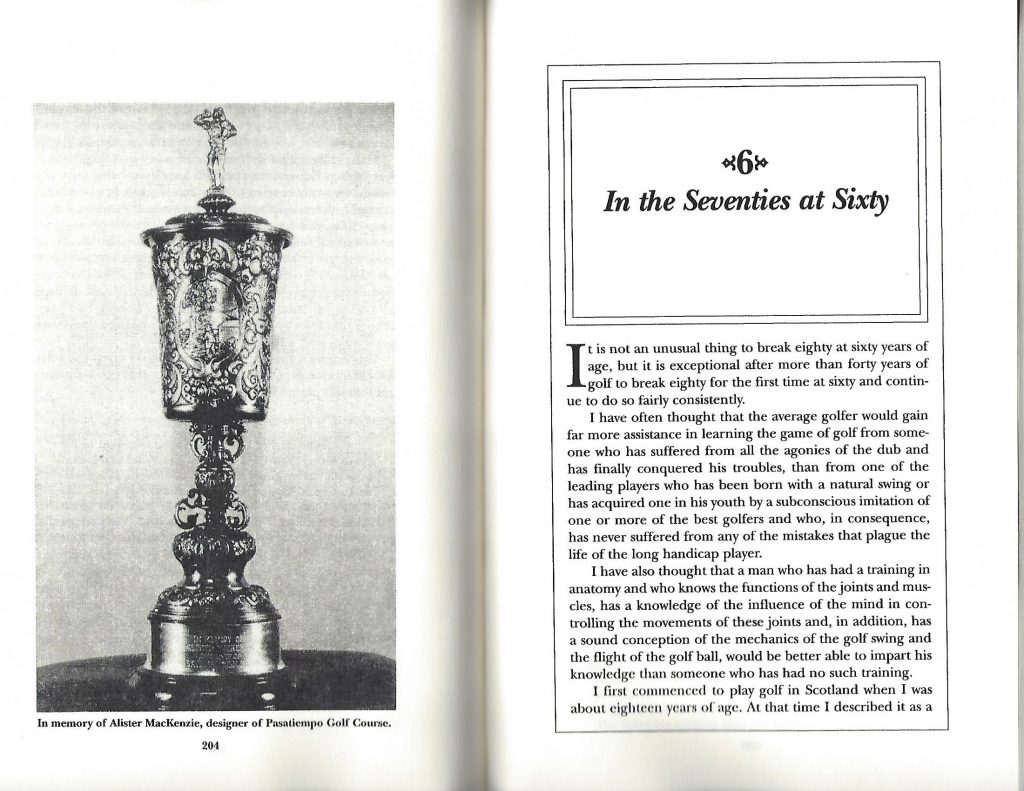 I am finishing of The Spirit of St. Andrews, which is a compilation of writings by 20th Century golf course architect Sir Alister Mackenzie. He most famously designed Cypress Point and Augusta National. He also designed my course, The Ohio State University Golf Club’s Scarlet and Gray courses.

I came across this page:

I have often thought that the average golfer would gain far more assistance in learning the game of golf from some­one who has suffered from all the agonies of the dub and has finally conquered his troubles, than from one of the leading players who has been born with a natural swing or has acquired one in his youth by a subconscious imitation of one or more of the best golfers and who, in consequence, has never suffered from any of the mistakes that plague the life of the long handicap player.

I have also thought that a man who has had a training in anatomy and who knows the functions of the joints and mus­cles, has a knowledge of the influence of the mind in con­trolling the movements of these joints and, in addition, has a sound conception of the mechanics of the golf swing and the flight of the golf ball, would be better able to impart his knowledge than someone who has had no such training.”

This is exactly what I believe too. This is the Golf Project in a nutshell.

I firmly believe that many of the best golfers who ever played, such as Jack and Tiger, do not really understand the swing and how the brain makes it happen. They started young and never had to experiment and learn because they were too good at it.

It is amazing how similar Dr. MacKenzie and I are in our thinking. Perhaps it is the training in surgery that makes us think alike. Perhaps it is just genetics, given that we are both Scottish.

Prior to reading this page, in earlier parts of the book, MacKenzie has stated other tenets of golf that I have come up with on my own 100-years later. For example, he thinks that the ideal golf course should have short rough and golf balls should not be easily lost (i.e. Augusta). So do I.

He prefers holes designed on top of the natural undulations rather then have earth movers change things. So do I.

I have often wondered whether wildlife could act as lawn mowers. Well, that is how they cut the fairways in the 1800’s. Millions of rabbits clipped them short.

In general, I share his interest in agronomy and golf courses. I built a few greens in my yard as a kid and learned how to grow bent grass. 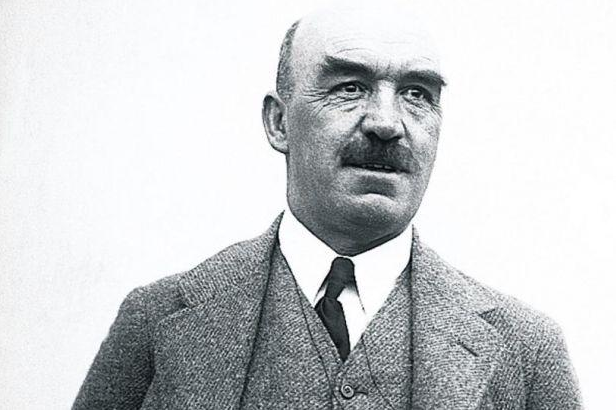 Post Views: 799
This entry was posted in Essays and Philosophy. Bookmark the permalink.