The Distance Problem: What is really causing it and how to fix it.

The USGA and the R&A issued the results of a two-year investigation into the distance problem. Classic courses, such as August, Pebble Beach, and Saint Andrews, now have to add obscenely long tee boxes, perverting the original designs. Holes that used to require strategy off the tee are now no-brainers to bomb 300-yard carry drives and then hit a wedge.

Most professional golfers and amateur golfers agree that this distance arms race is bad for the game. Jack Nicklaus and Tiger Woods have both been critics of the increased distance trend.

The amateur golfer feels compelled to play from the long tees despite lacking the skill. They hit it into the trees and slow down play. Few males under the age of 50 are willing to admit that they suck at golf. For the viewer of professional golf, it is boring to watch some steroid-meathead with no shot creativity hit 400-yard drives.

Most of the top-ranked golfers now have next to no commercial appeal. There is a reason you don’t see them on TV ads like you saw Arnie, Jack, and Tiger. They are dumb jocks who should be playing football or basketball.

The Distance Insights Project report dodges the controversial reasons for distance gains. It avoids the elephant in the room, which is that some players seem to be clearly taking performance enhancing drugs. For example, one current top-ranked golfer, who had been an average driver with a pudgy unathletic body, gained 17-pounds of muscle in less than a year and recently hit a 375-yard drive.

But in most cases, the freakish distances have been caused by improved golf swing analysis and better swing form. One gets distance by using the right elbow as a catapult. Some ultra-skinny golfers are belting the ball with 120-MPH clubhead speed and 180-MPH ball speed. Cameron Champ is a great example.

I am perhaps the best case-study on how improved swing speed is derived from improved form. When I started the Golf Project back in 2016, I struggled to get driver clubhead speeds over 100-MPH despite weighing 210-pounds and being strong in the gym. I was your typical flipper, dissipating and wasting energy long before impact.

However, as my swing form improved, my speeds improved, despite me losing 20-pounds in body weight and stopping my lifelong practice of going to the gym for heavy bench-presses and squats. I was recently measured with 121-MPH driver speed (same as Tiger and Rory), and I was not even trying. I was startled when my instructor informed me. I can also now hit my 44-degree PW 188-yard without trying, which is just absurd. I attribute modern iron design for much of that.

Oh, by the way, did I mention that I turn 52-years old next week?

Not only is better swing form a factor for increased distance, but the tour players are taking their diets more seriously and eating plant-based food, eliminating the meat. I have been plant-based for several months, have lost 20-lbs, and can hit it farther than ever. I also recover faster. I can go to the range every day without getting a sore back.

I believe that we are close to honing in on the key arm movements that generate Cam-Champ-speed. Most players on tour will have his 125-MPH club speed soon. Mark my words.

That is good news for the sport, actually, because it means that players might be less inclined to follow the Major League Baseball players and turn to steroids. Justin Thomas, Ricky Fowler, and Cam Champ are clearly not on steroids but hit it the farthest. Meanwhile, several other top golfers, not to be named, who added significant muscle mass by dubious methods have become sidelined by injuries, which is consistent with steroid use (When a player travels to a distant city to seek a trainer, they are getting performance enhancing drugs until proven otherwise.).

The Distance Insights Project gently avoids recommending that golf balls be tuned back to go less far. That is because the governing bodies fear repercussions from the hands that feeds them, which are the television networks. TV money fuels the USGA major tournaments, the PGA Tour, and other tours. TV networks get ad revenue from Titleist, etc. Even though golf equipment manufacturers are minuscule in size compared to other industries, they hold an inordinate sway over the entire sport due to their leverage over TV executives.

Again, there is a silver lining here. The equipment is not the main reason we see the modern 120-MPH driver speeds. It is athleticism and modern swing form creating distance, which are easily addressed.

If I were in charge of the USGA or R&A, I would do the following to solve the distance problem:

All of those fixes that I propose would not hurt golf ball or equipment sales. The average player would never know the difference because they rarely make contact with the ball in the center of the face. Meanwhile, the 13th hole at Augusta, or the 6th hole at Pebble Beach, would not become obsolete by 340-yard drives.

I recently stared at my beautiful Jack Nicklaus Muirfield set of woods from 1986. I would love to play those in a USGA tournament (The crappy balata golf ball, I do not miss).

I agree with Jack. Golf, as we know it, is at risk of becoming changed beyond recognition. The governing bodies, and perhaps even President Trump, need to take a stand. 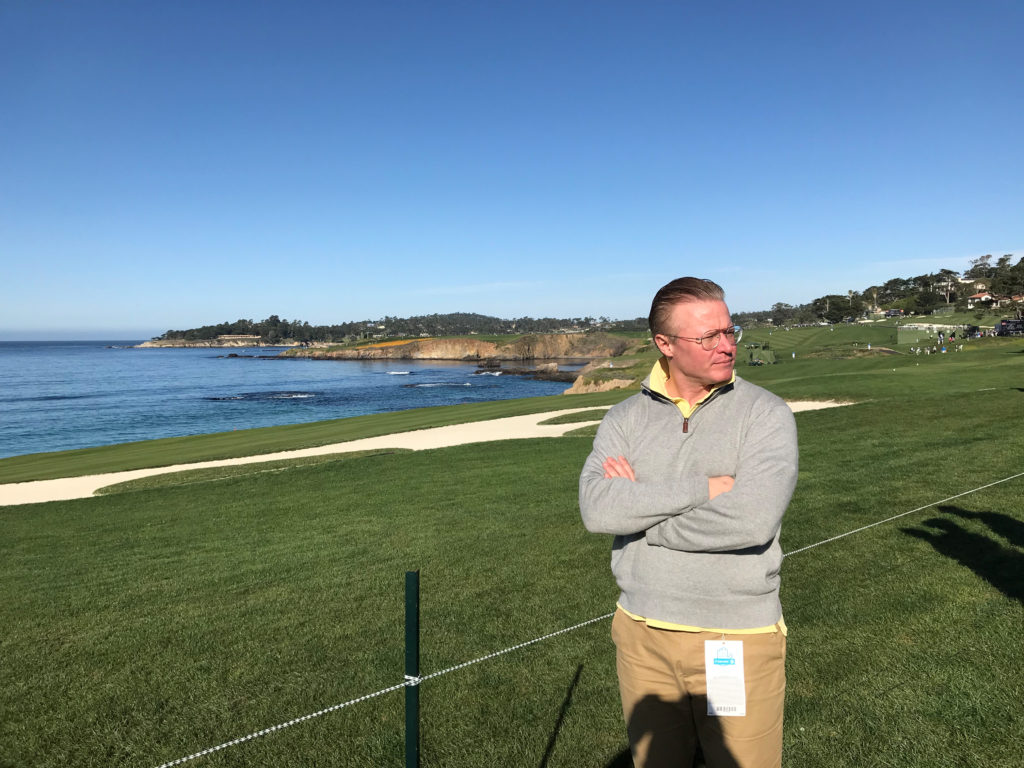 Post Views: 747
This entry was posted in Course Management, Essays and Philosophy, Nutrition and Exercise, Product Reviews, The Full Swing, Travel and Courses. Bookmark the permalink.