Above is the video from my Phoenix trip in January, 2019 with recent footage added from May, 2019. I spent two-days in Cave Creek and Phoenix, Arizona trying to understand the 50-yard wedge.

I finally figured it out. The keys for me are proper posture, a slow backswing, and a flexed left wrist in the takeaway.

One has to understand that the wrists do indeed start to turn when the left arm is close to horizontal. But the problem is that these short finesse wedge shots do not require the left arm to go back much further than horizontal. Therefore, the wrists are stuck in no-man’s land, causing calamity in the downswing.

The trick I have learned is to start the backswing on a finesse wedge by flexing the left wrist and pushing the club back with the left hand in supinated position. For that matter, this helps with a full swing backswing too.

Below is from a session with Brian Unk on February 7th. It was made about three-weeks after the Arizona session, above. The video at the top is from May 11th. I am pleased that I retained what I had learned in Phoenix.

It is so crucial to know why one makes mistakes, what one’s tendencies are, so as to spot them quickly. With short wedges, most people make the same mistakes as I do, but they never film themselves.

I personally repeat these mistakes almost every time I pick up a wedge and have to remind myself of the problem. If one lacks this awareness, one will be doomed to streaky, inconsistent play.

I came out to Cave Creek, Arizona, 40-miles north of Phoenix, to get away from the snow and try to work on my game. I played the Rancho Manana course. It is unforgiving but short and extra Par-5s. A good player can shoot 65, but the typical player will have many lost balls. 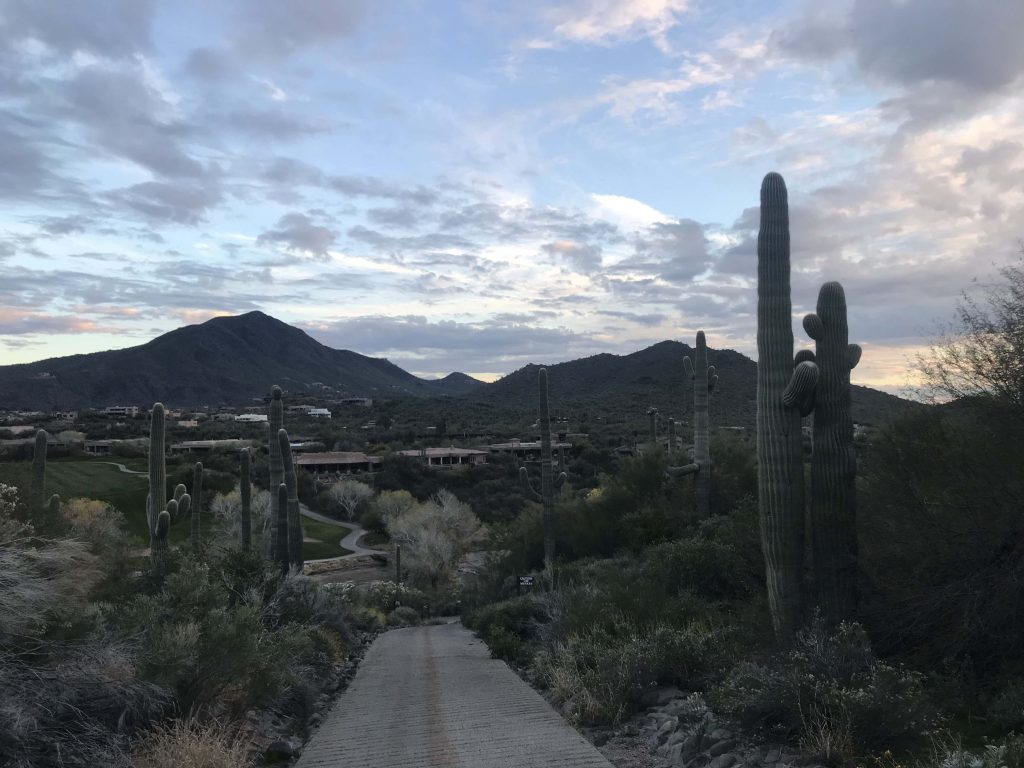 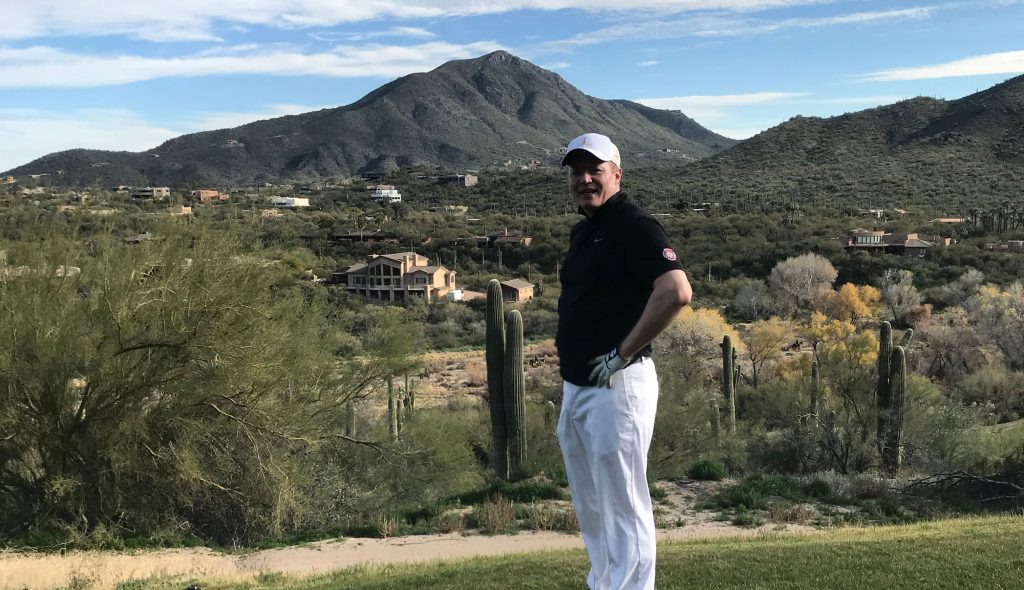 I spent the second day at Phoenix Country Club. I spent time on the range figuring out why I was rusty and chunking 50-yard wedges. I am normally pretty good at all wedges, but I can get rusty quickly, which means I have an unstable swing.

I wanted to perfect the mid-wedge half shot. It is too important of a shot. So, I began studying the wrist action indoors.

This was the first time I had tried my theories on a course.

I remembered what my usual problems are when I hit a bad wedge, which is that I become too close to the ball and swing way too fast. Fixing those got me back in form.

My ten-times-too-fast tempo is something I will have to work on with pause drills. I am a hummingbird when I need to be an eagle.

Today, I went to my resort course range and tried out what we had worked on yesterday. I filmed myself hitting close to 40 shots from 50-yards, and only three were skulled or chunked. I holed out two, or would have had there been a cup in the ground.

Post Views: 820
This entry was posted in Wedges. Bookmark the permalink.