The Golf Channel’s series with Scott McCarron is paying dividends again. After finding the tips on green-side chipping useful, I tried the bunker shot tips (which are almost the opposite of the green side chipping techniques). I instantly hit crisp bunker shots like the pros.

You need to have a very wide stance with flexed knees. The club head is far out in front so that the heel touches the ground as the toe is in the air. This gets the bounce of the club to work, making it very hard to chunk it.

Then, with an open face, you take a wide low arc of a swing, rolling the right wrist (supinating) to open the club face even more. When you come down, think about clipping an imaginary tee buried in the sand.

This swing works because it uses the bounce of the club, which is very forgiving. If you stand closer to the ball, the leading edge of the club digs in and causes you to hit it fat. 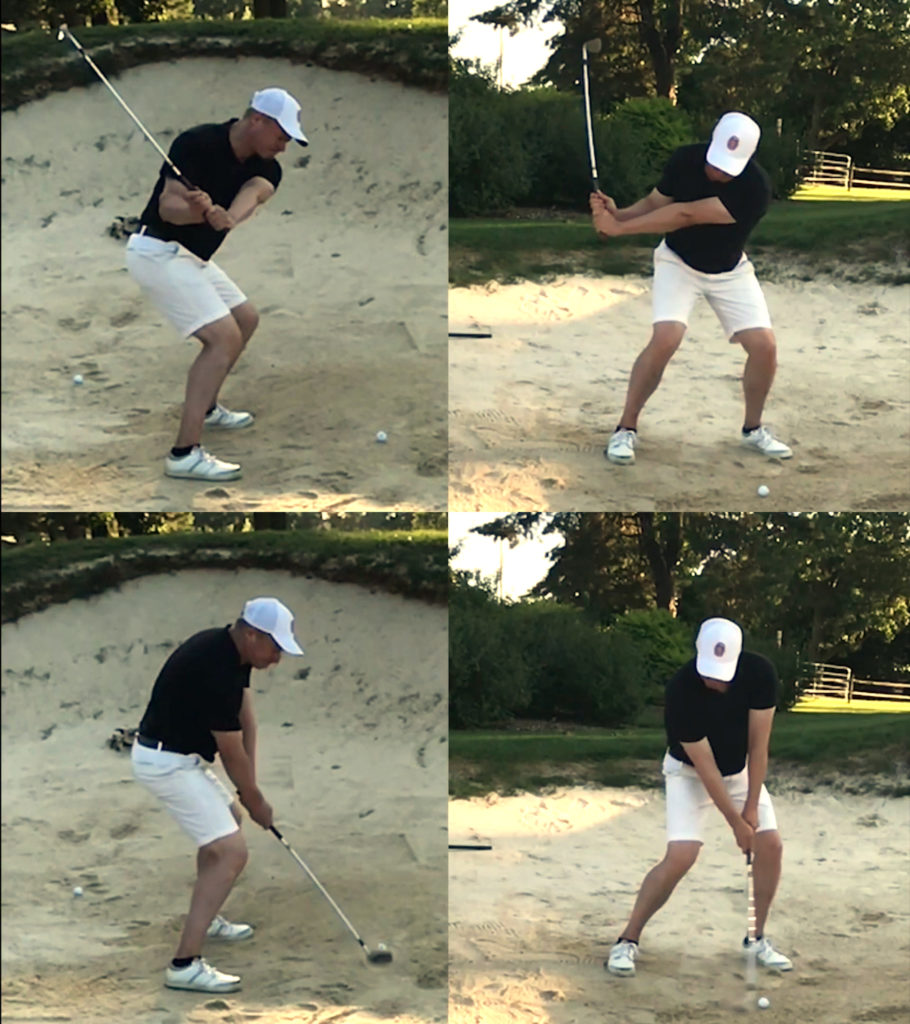 Post Views: 710
This entry was posted in Bunkers. Bookmark the permalink.